Sunday, 24th July. From Angelore Church 14 students of First PUC participated in this

Beginners Camp. The camp began at 8.30 am with the prayer followed by a short stage

The President of the YCS City Deanery, Noel Jude Santhumayor welcomed the

After the inauguration programme, the Diocese office bearers - Jessica Santhumayor,

a short talk on spirituality and its characteristics. Maven Louis spoke about the structure

of the YCS /YSM movement and Alisha Crasta explained about the vision, aim, objectives

and methodology of YCS that is SEE, JUDGE AND ACT. Cells were created and

where they had to discuss on the basis of SEE, JUDGE and ACT. Mass was organized

for the YCS members and delicious lunch was served later on. After the lunch the Diocese

games. Jayden Joseph D'Cuhna of Cordel Church proposed the vote of thanks and the

camp ended at 3:30 pm. The members of YCS Angelore had an enriching experience

from this Beginners camp. 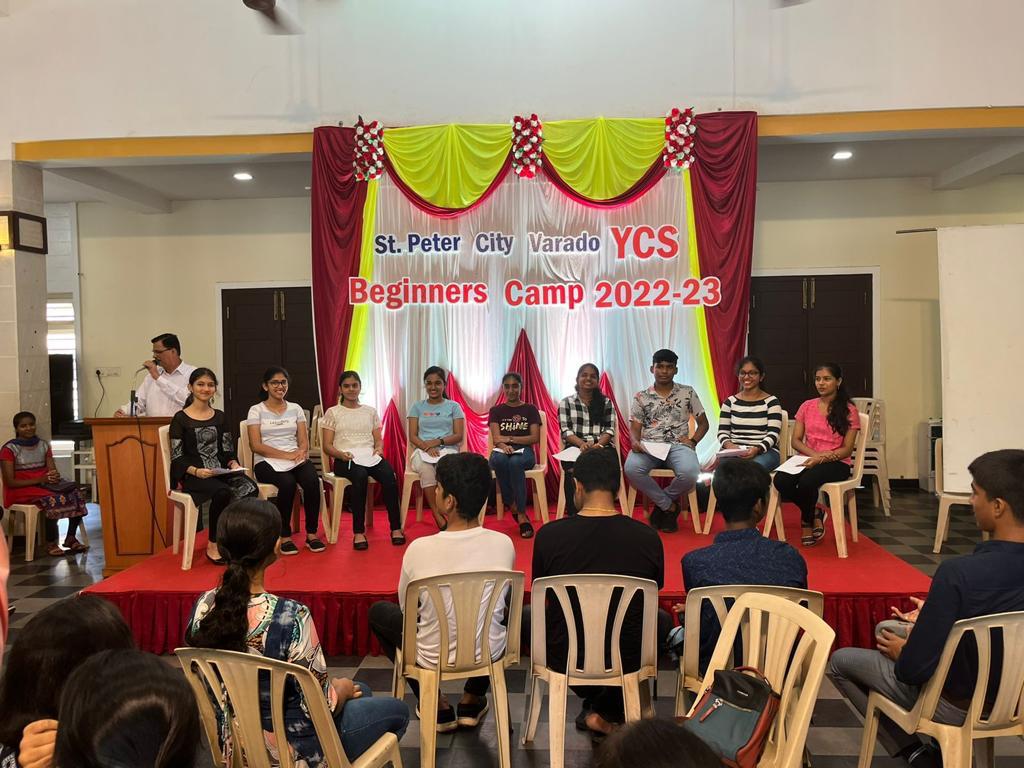