It was all fun and Celebrations for the People of St. Gabriel Ward 1st on JESUS, THE GOOD SHEPHERD feast day, as they celebrated their Annual Ward Day on 12th May 2019.

The celebrations took place at the residence of Mr. Marcel Dsouza, Nagori. A monthly ward meet was conducted prior to the Celebrations at 4.30 p.m.

The Programme started off with awakening Gods Blessings with a Prayer song from Wayonna Noronha.

Dolphy Ferrao and Co. welcomed the gathering with their melodious Song. The Gurkar of the Ward, Mr. Denis Dsouza then formally welcomed the Guests of Honour, the Parish Priest Rev Fr. William Menezes, The Vice President to the Parish Council, Mr. Roshan Patrao and Sr. Stella from the Church Convent.

The Annual report of the Ward activities was presented by Mrs. Gretta Dsouza, the secretary to the Ward. The Entertainment programme kicked off with the Explosive dance performance from the young gun, Aston Pinto. The Gurkar and his spouse brought in some humour with their Comedy Act. Mr. Lancy Monteiro and Mrs. Eugene Monteiro added more fun with their form of Humorous Act.

The tiny tots of the ward brought a smile on everyone’s face with their Group dance.  All claps and whistles sounded high when the most awaited Fashion Show took place. Various Couples were formed and the Glimpses of Old classic Bollywood songs and Coastal songs were in frame. Styling and the whole act was well mentored by Jyothi Dias and Jeswita Dias. Jeethan Dsouza then brought in some humour with his Jokes. The Sisters Jeswita and Wencita showcased their Talent with some energetic dance moves. The Young Boys from the ward entertained everyone with their moves. In the meantime spot games were conducted by Mrs. Jyothi Monteiro. The ladies from the Ward added a final touch to the entertaining scenario with their wonderful dance. Mrs. Rosey Patrao thanked everyone for their efforts on making the evening a smooth and successful one.

Housie-Housie was then conducted followed by Dinner, prepared by the Ward mates. The People danced off and concluded the evening with the final Baila. Around 85 people marked the attendance. Wencita Dias and Simmons Dsilva compered the whole function. 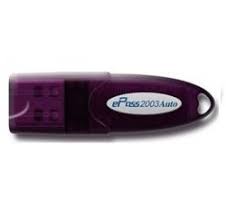